In Washington State and Italy, the first confirmed cases were not linked to the outbreaks that followed, the analysis found. The epidemics were seeded later.

The first confirmed coronavirus infections in Europe and the United States, discovered in January, did not ignite the epidemics that followed, according to a close analysis of hundreds of viral genomes.

Instead, the outbreaks plaguing much of the West began weeks later, the study concluded. The revised timeline may clarify nagging ambiguities about the arrival of the pandemic.

For example, while President Trump has frequently claimed that a ban on travelers from China prevented the epidemic from becoming much worse, the new data suggest that the virus that started Washington State’s epidemic arrived roughly two weeks after the ban was imposed on Feb. 2.

And the authors argue that the relatively late emergence of the outbreak means that more lives could have been saved by early action, such as testing and contact tracing.

The new analysis is not the last word. Scientific understanding of the coronavirus is evolving almost daily, and this type of research yields a range of possible results, not complete certainty.

Many infections in Washington State seem to have occurred in early February, and other models suggested that the epidemic there began closer to the beginning of the month.

But a number of virus experts said that the new report convincingly rules out a connection between the first confirmed cases and the later outbreaks.

“This paper clearly shows this didn’t happen,” said Kristian Andersen, a computational biologist at the Scripps Research Institute in San Diego, who was not involved in the research.

Michael Worobey, an evolutionary biologist at the University of Arizona, and his colleagues posted a preliminary version of their study online on Saturday. It has not yet been published in a scientific journal.

Viruses develop genetic mutations at a roughly regular rate as they multiply. Scientists can use these mutations to reconstruct a virus’s movement through a population and to estimate when an outbreak began in a region.

The first confirmed coronavirus case in the United States was a man who flew from China to the Seattle-Tacoma International Airport on Jan. 15. Researchers sequenced the genome of his virus, which came to be known as WA1.

The man, who lived in Snohomish County, was hospitalized in isolation and recovered. On Feb. 24, a Snohomish teenager with flulike symptoms also tested positive for the coronavirus.

Trevor Bedford, a geneticist at the University of Washington and the Fred Hutchinson Cancer Research Center, and his colleagues discovered that this viral genome was nearly identical to WA1, except for two new mutations. They called the second virus WA2.

Alarmed, he and his colleagues concluded that the most likely explanation for the slight difference was that WA1 had circulated in Washington State for six weeks, gaining the mutations along the way.

The implication was that there might be hundreds of people already infected in the state, setting the stage for an explosion of cases. Officials reacted to the news with aggressive measures that public health experts credit with reining in the outbreak.

Initially, Dr. Worobey found the work by Dr. Bedford and his colleagues “pretty darn convincing.” But as time passed, he said in an interview, “something at the back of my mind started niggling away.”

Viruses are far more prone to genetic mutations than other living things. But as viruses go, the new coronavirus is a slowpoke — much more stable than influenza viruses, for example.

It seemed unlikely to Dr. Worobey for the coronavirus to have gained two mutations in just weeks.

As the epidemic spread, Dr. Bedford and his colleagues examined hundreds of coronavirus genomes from Washington State. None of the genomes matched WA1. They all shared the two mutations found in WA2.

How Coronavirus Mutates and Spreads

The virus has mutated. But that doesn’t mean it’s getting deadlier.
(Further information about this graph on this link :
https://www.nytimes.com/interactive/2020/04/30/science/coronavirus-mutations.html ) 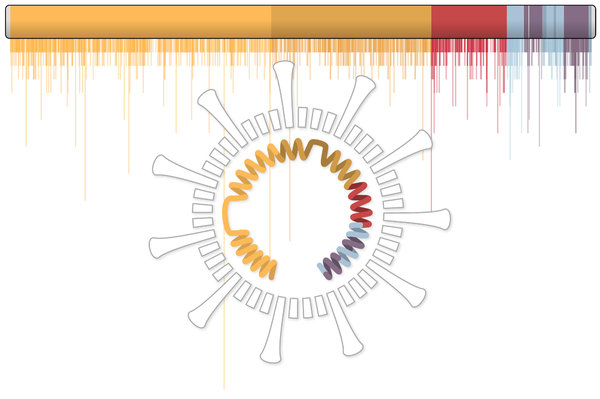 Dr. Worobey and his colleagues decided to take a further look. They replayed the outbreak thousands of times on a computer running a program that simulates what we know so far about how the new coronavirus spreads and mutates.

When the researchers modeled WA1 as the source of the Washington State outbreak, the computer could not reproduce the viral mutations found there in later weeks. It was close to impossible for WA1 to have seeded the outbreak, the scientists decided.

It was far more likely that the WA2 group of viruses was introduced to Washington from China sometime around Feb. 13th and set off the epidemic.

That was about two weeks after Mr. Trump banned most travelers from China. According to an analysis by The New York Times, however, about 40,000 people made the journey to the United States in the two months after those restrictions were imposed.

Many were admitted under rules that exempted American citizens and others. They were funneled to a few international hubs, including Seattle-Tacoma International Airport.

In an interview, Dr. Bedford said of the new research, “I think it’s a very clever way to do things.” On Twitter, he accepted many of the conclusions: “I believe I was wrong in the original assessment of a WA1 introduction,” he wrote.

Still, Dr. Bedford and his colleagues have continued their own study of the Washington State outbreak, and they now estimate it began around Feb. 1 — about two weeks earlier than Dr. Worobey’s estimate.

Dr. Bedford found it unlikely that a virus that appeared around Feb. 13 could produce a large outbreak by the end of the month. But Dr. Worobey’s team found a similar pattern in the arrival of the new coronavirus in Europe.

On Jan. 20, a woman who had traveled from China to Germany met with her colleagues at an auto supply company. She didn’t realize she was sick, and infected a man at the meeting.

Scientists gathered that virus’s genetic signature and called it BavPat1. That virus spread to 16 people in the company — but then disappeared.

At the end of February, Italy saw Europe’s first outbreak. The coronaviruses there were genetically very close to BavPat1, scientists found, leading to suspicions that a German traveler had brought the virus to Italy.

That’s not the case, according to Dr. Worobey’s analysis. According to the computer simulations, another introduction of the coronavirus from China probably was responsible, and it may have arrived in early or mid-February.

“The lineage just happened to get into Europe and run wild,” Dr. Worobey said.

This viral line then hopped from Europe to New York several times, Dr. Worobey and his colleagues found, confirming previous studies. They estimated that the coronaviruses circulating in the city by March were introduced into the city around Feb. 20.

Around the world, the new study suggests, the coronavirus arrived more than once without starting runaway outbreaks. In these cases, there was little or no transmission, and the virus simply died out.

To Dr. Worobey, the time before the pandemic took off in the United States was a lost opportunity, when testing and contact tracing could have made a big difference.

“There were weeks before the virus really got a foothold,” he said. “It does start to make those missteps seem much more consequential.”

The study is “a very careful and rigorous analysis of what we can and can’t say about the U.S. and European outbreaks from genomic data,” said Edward Holmes, a virologist at the University of Sydney who was not involved in the study.

“To me, what this all highlights are the challenges about drawing strong conclusions on virus introductions and spread based on limited data.”

This updated view of the history of the pandemic is exactly how science is supposed to work, said Dr. Andersen of Scripps Research. Scientists look for the best interpretation of data — and then keep looking.

But it can be unsettling for the public to watch scientific consensus shift in real time.

“We have to live with that uncertainty,” Dr. Andersen said.

Coronavirus vaccine search: how we’re preparing to make enough for the whole world