China has announced an imported COVID-19 case from Indonesia, a 35-year-old Chinese national identified as Zhang, who had developed symptoms in the archipelago last week before being diagnosed upon his return to Shaanxi province.

The Shaanxi Health Commission announced on its website on Tuesday that Zhang was the province’s first imported case. He reportedly developed a cough and fever on March 10 during his stay in Indonesia.

However, which city in Indonesia he visited and how he became infected remain unclear.

The report said Zhang took Dragon Air flight KA896 from Indonesia to Shanghai via Hong Kong on March 13 and stayed at the Vienna International Hotel in Shanghai that night.

Upon arriving in Xi’an, Zhang informed airport staff of his physical discomfort. As he showed a high temperature, he was sent to the Xi’an Central Hospital at midnight.

A second nucleic acid test done the next day came out positive. Zhang also went through an examination of clinical symptoms, blood tests, imaging tests and expert consultation before being diagnosed as a confirmed case.

He was immediately transferred to the Xi’an Eighth Hospital for isolation and treatment. 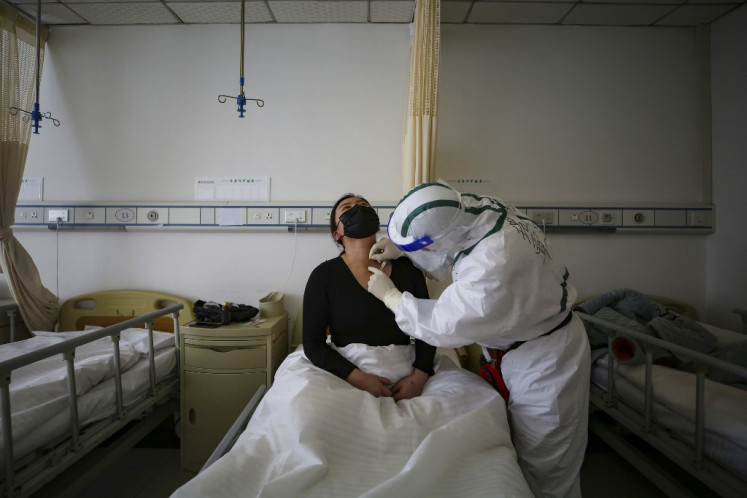 The Health Ministry’s disease control and prevention director general, Achmad Yurianto, said he had not received any information on the matter but would trace Zhang’s close contacts in Indonesia.

“Tracing is a certain thing, but it will be difficult. Where do we want to start if we don’t know which city he went to?”  Yurianto told The Jakarta Post on Wednesday, adding that the Indonesian Embassy in China would take the initial steps.

Indonesian Ambassador to China Djauhari Oratmangun said he would contact the Chinese government and ask details on Zhang before passing them to Jakarta for further investigation.

“Indeed, the number of cases from internal transmissions in China has now declined. They are mostly flown in from outside [of China]. Out of 13 confirmed cases [on Wednesday], 12 were imported,” he told the Post.

Meanwhile, Shaanxi has reported a total of 246 confirmed cases, with 233 discharged cases and three deaths.

After the first imported case with Zhang, the Shaanxi administration followed the strict measures applied by most regions in China by ordering a 14-day quarantine for people entering the province starting Tuesday to strengthen its prevention and control measures.

Under the order, Chinese or foreign nationals entering Shaanxi directly or transferred from other cities in the country must immediately report their basic information and health status to quarantine personnel and community workers.

“[They must] actively cooperate with relevant units to carry out prevention and control measures, such as nucleic acid testing and centralized isolation for 14 days. Related costs would be borne by each individual,” the administration said as reported by People’s Daily Xi’an. 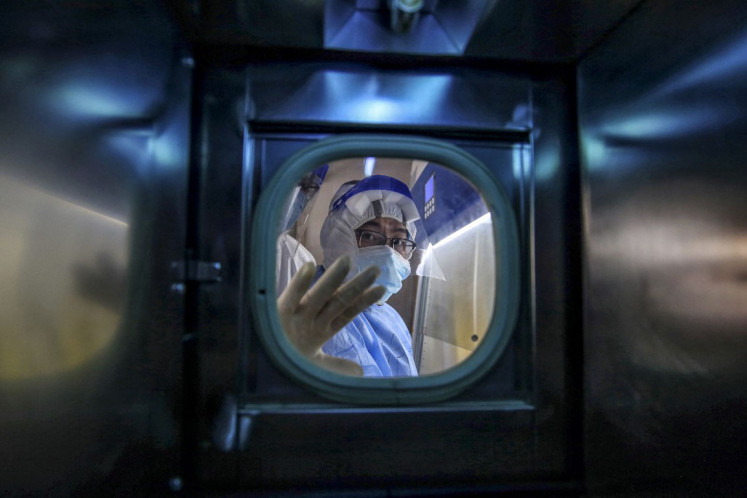 A medical staff member gestures inside an isolation ward at Red Cross Hospital in Wuhan in China’s central Hubei province on March 10, 2020. (AFP/STR)

It also required officials in government agencies and institutions at all levels in the province to make a report as soon as they learn that relatives and friends are about to return to Shaanxi from abroad.

“Those who conceal contact or residence history, misrepresented their illness or refused to implement prevention and control measures that can spread or cause the risk of spreading the new coronavirus will be investigated for [negligence],” it added.

What coronavirus symptoms should I look for, and when do I call the doctor? A doctor answers 4 questions