Throwaway plastic has found its way into almost every aspect of our lives: from the disposable coffee cup you pick up on the way to work or the straw in your smoothie, to the hidden fibres woven into wet wipes and tiny glittering fragments in make-up.

While awareness of the detrimental impact plastic can have on the environment has exploded in recent years, environmentally friendly alternatives are only now picking up steam. As single-use plastics bans come in around the world – next year in the UK, and by 2021 in Canada – new materials are going to become ever more important. But are they all they’re cracked up to be?

Biodegradable plastics are one set of materials that are becoming a popular replacement as consumers demand green alternatives. Rather than remaining stable for hundreds of years – the quality for which we prized plastic when we first began using it – biodegradable plastics can be broken down by microbes, chewed up and turned into biomass, water and carbon dioxide (or in the absence of oxygen, methane rather than CO2).

A subset of them are compostable, which means that not only are they broken down by microbes, but they can be turned – alongside food and other organic waste – into compost. Only a minority of these plastics are home compostable, so, the label “compostable” most often means industrially compostable. That coffee cup with a Seedling logo you’re drinking from won’t decompose very quickly, if at all, on your home compost heap, but will break down inside the right kind of industrial equipment. 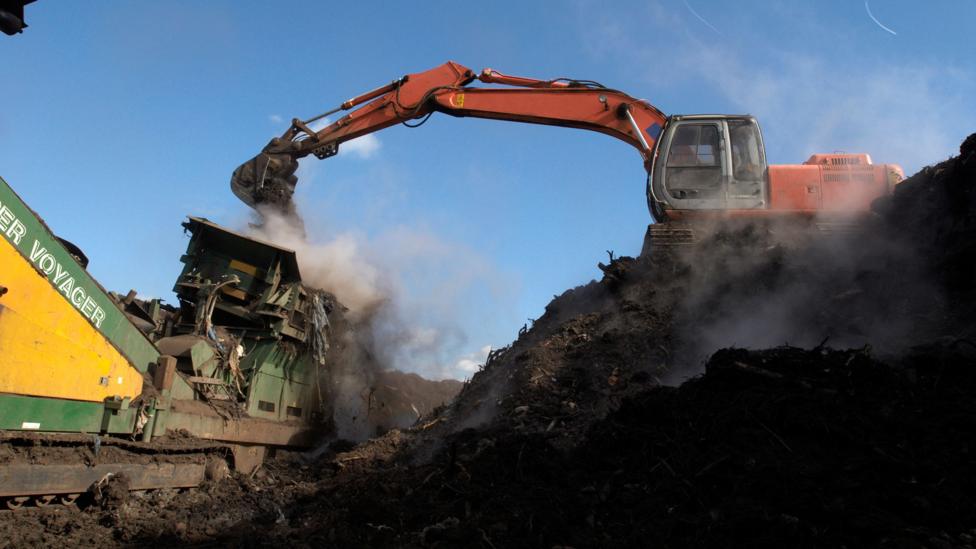 Sites like this for recycling compostable waste are capable of processing more bioplastics than you would be able to compost at home (Credit: Getty Images)

There’s a European standard for compostable packaging: EN 13432. It requires that the packaging break down under industrial-scale composting conditions within 12 weeks, leaving no more than 10% of the original material in pieces bigger than 2mm, and doing no harm to the soil itself through heavy metals or worsening its structure.

Most biodegradable and compostable plastics are bioplastics, made from plants rather than fossil fuels and depending on the application you need them for, there are plenty to choose from. Izabela Radecka, a professor of biotechnology at the University of Wolverhampton, and her colleagues are making a kind of bioplastic called polyhydroxyalkanoates (PHAs). Or rather, they’re getting microbes to do the production for them. “When they are under stress those microbes will produce granules inside the cells, and those granules are biopolymers,” she says. “When you extract them from the cell they present very good properties, similar to synthetic plastics, but they are fully biodegradable.”

She started off feeding waste cooking oil to the microbes to make PHAs, but in recent years has been investigating how waste plastics like polystyrene can be turned into new, biodegradable kinds of plastic. That’s preferable to using freshly grown crops as a source material, because it spares plants that could instead be used for food, at the same time as using up waste plastic. 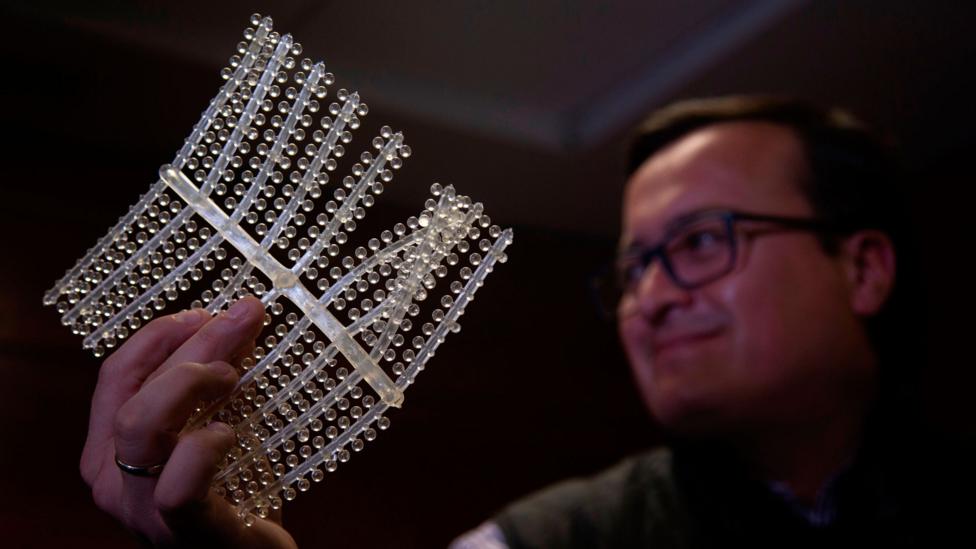 A biodegradable material that engineers claim dissolves 100% upon contact with water is unveiled at a technology summit in Chile (Credit: Claudio Reyes/AFP/Getty Images)

But while most of these bioplastics require industrial composters to break them down after use, they are far from guaranteed to make it to one. Given humanity’s track record, it makes sense to ask what happens if they end up where they shouldn’t.

The problem with labels

To test how different kinds of plastic bag fare in different environments, Imogen Napper at the University of Plymouth collected carrier bags with various claims about biodegradability, and put them in three different natural environments over a period of three years: buried in soil, left in the sea, and hung up in the open air. She tested bags labelled as biodegradable, compostable, and oxo-biodegradable, as well as conventional high density polyethylene (HDPE) bags. (The European Commission has recently recommended a ban on oxo-biodegradable plastics, because of fears that they break down into microplastics.)

In Napper’s experiment, the bag labelled “compostable” (which stated it adhered to standard EN 13432) disappeared entirely within three months when it was left in seawater. In soil it remained intact for two years, but disintegrated when the researchers loaded it with shopping. The rest of the bags – including the one labelled “biodegradable” – were still present in both soil and sea water after three years, and could even hold shopping.

After nine months in the open air, all of the bags had disintegrated or were beginning to come apart, mostly breaking down into microplastics. That’s because sunlight helps break down plastics through a process called photo-oxidation, in which the plastic becomes weathered and brittle, eventually fragmenting rather than breaking down to its organic components.

“That doesn’t actually mean it’s breaking down into its most natural counterparts of carbon and hydrogen, it just means they’re becoming smaller pieces,” says Napper. “Which you could argue is more problematic because you can’t clean up – it’s like trying to pick up Smarties with chopsticks.” 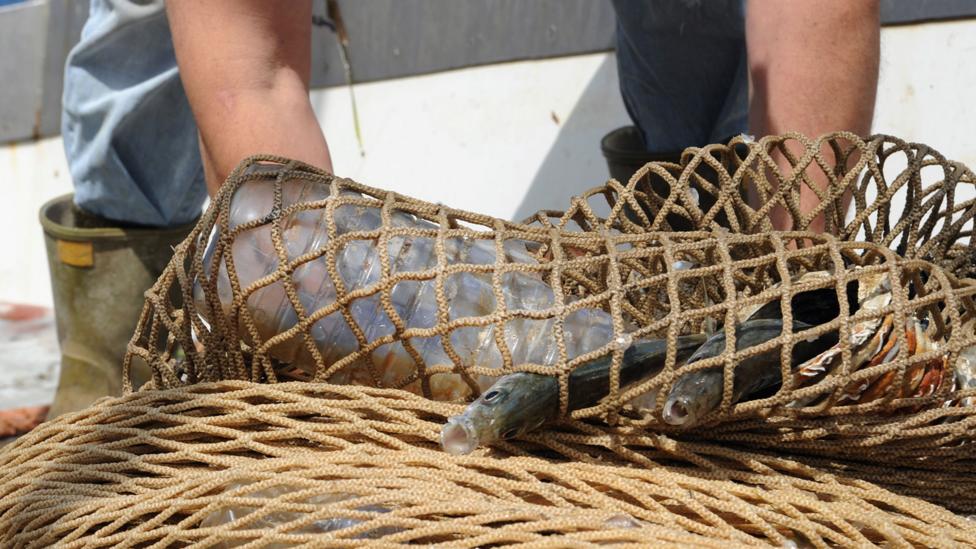 When plastics break down in the sea they become microplastics – which Napper argues is more problematic (Credit: Getty Images)

Of course, even the compostable bag tested in Napper’s experiment is not designed to break down in the sea or in soil. But she says that the fact that these plastics have to be industrially composted is not adequately explained on the bags themselves, leaving consumers guessing about what the bags can and can’t do – and, crucially, what they should do with them once they’re finished.

“People need to be aware that putting it in the recycling or trying to compost it, or putting in the general waste bin won’t necessarily get them the results that they’re being advertised,” says Napper.

One company investigating how its own products break down in a marine environment is Novamont, producer of Mater-Bi – a starch-based plastic used in the compostable carrier bags launched by the Co-op this year. A report released by the company and conducted in partnership with Hydra, a German marine research institute, and the University of Siena, Italy, says that the product fully biodegrades in seawater on a timescale of between four months and a year, leaving no toxic residues.

But Francesco Delgi Inoccenti, who looks after the ecology of Novamont’s products, says the company doesn’t have any plans to advertise these characteristics where it sells plastics, because it doesn’t want to encourage littering. Rather, the tests are an insurance policy in case their products end up somewhere they shouldn’t. “It’s not going to be a commercial claim, because people could really misunderstand the meaning of that,” he says.

Bioplastics might not solve our marine plastic pollution problem, but they are well suited to tackling another big environmental problem: food waste

While thin compostable plastics like carrier bags might break down in the ocean, the thicker and more robust PLA used to line coffee cups and make cup lids, clear plastic tumblers, drinking straws, and other food packaging is expected to act like traditional plastic in seawater, and won’t break down at all. So, are companies switching to biodegradable plastics that might not break down in the sea ‘greenwashing’? Not necessarily. These plastics might not solve our marine plastic pollution problem, but they are well suited to tackling another big environmental problem: food waste.

Cleaning up our act

The biggest potential area of impact for compostable plastics is in food service. From coffee cups to sandwich packaging to takeaway containers, putting food in compostable plastics means that – in an ideal world, at least – the plastic and any food waste still stuck to it can be composted together. It’s a triple win: reducing the amount of plastic being sent to landfill, preventing recycling from being contaminated with food, and at the same time making sure food waste is returned to the soil, not left to rot in landfill where it will release methane. 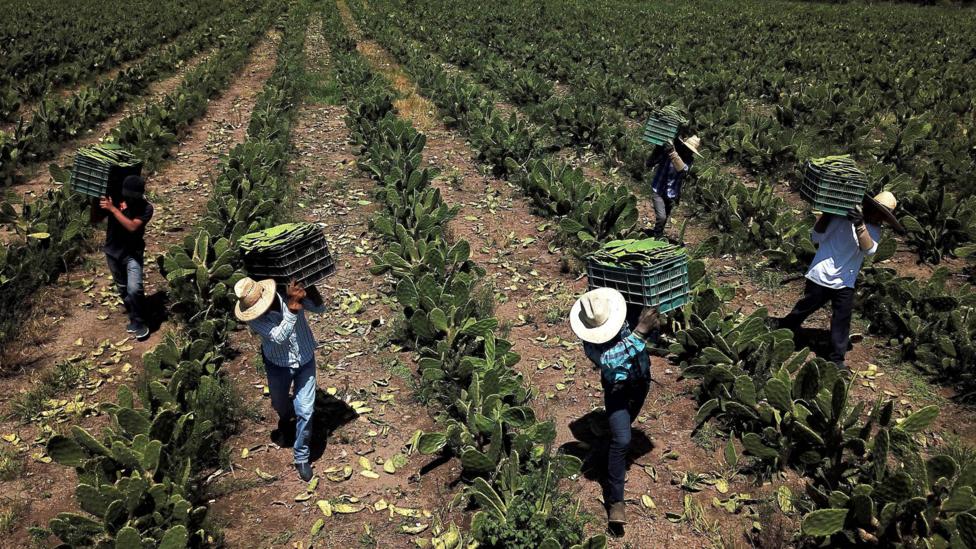 Farm workers in Mexico harvest white nopal, the juice from which can be used to manufacture bioplastics (Credit: Getty Images)

David Newman, managing director at the Bio-based and Biodegradable Industries Association (BBIA), says that he’d ideally like to see everything from tea bags to fruit stickers to condiment sachets have to be compostable by law, so that much more of our leftover food and the plastic it comes with can be processed at the same time. By reducing the amount of traditional plastics that contaminate food waste, we can at least ensure that some of that wasted food is eventually used as compost, rather than ending up in landfill or incineration.

There are some other applications suited to biodegradables, too.

Traditionally farmers have used polyethylene mulch sheets over crops to prevent weeds growing and to conserve water, with around half of this plastic ending up in landfill after it’s used. But since 2018, a new European biodegradability standard for these mulches means that farmers can buy plastic that they can plough back into the field safe in the knowledge that it will break down and not harm the soil.

Industry, too, is beginning to use bio-lubricants used to keep machines running smoothly rather than fossil fuel-based ones. “They’re increasingly made from plant-based sources,” says Newman. “

If they spill, and all machine oils eventually spill, then they will not damage the environment.”

But while mulches and oils might break down in the environment, we know most food packaging does not. So how do we make sure compostable packaging is actually composted?

But he admits industry needs to demystify how compostables should be treated in order for this to work.

A clearer labelling system, similar to the way recyclability is marked on food packaging, is in the works, but it will take a few years to be implemented, he says. “In the meantime, it’s clear that a load of compostables are going to end up incinerated, and a lot of plastics are going to end up in composting plants, it’s just the way it is for the next two years or three years.” 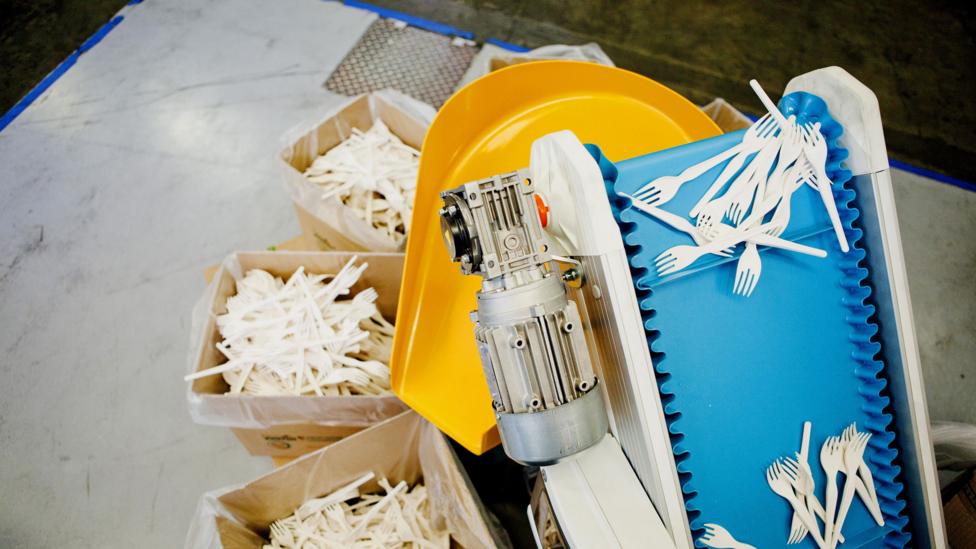 Bioplastic cutlery, like these, often end up in landfill when councils do not have the capability of processing them (Credit: Getty Images)

At the moment, the UK’s waste system isn’t set up to handle compostables, at least at the household level. Though in-vessel composting facilities exist that could process compostable cutlery, coffee cups and more, councils don’t collect these items, so consumers are left with no option but to put them in the general waste where they’ll head to landfill or incineration. Some local authorities take compostable carrier bags if they’re used to collect food waste, but at some plants those bags are removed from the food waste before it’s composted.

Closed-loop schemes with a dedicated collection for compostable plastics, like the one launched with Vegware in the UK Parliament last year, offer some hope. But even they run into problems: an investigation published by Footprint in July this year revealed that in its first seven months, Parliament’s scheme had to send all of its compostable plastic to be incinerated, largely because of high levels of contamination.

It’s a problem worth cracking. If we do figure out how to properly process them, compostable plastics could lend a helping hand when it comes to traditional plastic recycling too.

Separating out food waste and associated compostable packaging into a different waste stream would mean the remaining recycling is kept away from coffee dregs, tea bags and other contaminants. “When you’ve got your food mixed up with everything, as we have in [the UK], everything is difficult to recycle,” says Newman.

Progress made by countries like Italy – where single-use bags for produce and baked goods must be compostable, and can be recycled as part of widespread food waste collections – shows that solutions to some of our plastic problems are there for the taking. “If you get your food waste done properly, as they have in several countries, everything else becomes easier to recycle,” says Newman. The challenge is to get all of the pieces of the puzzle to slot into place.